Speech by h.e. murat karagöz, ambassador of the republıc of turkey | News.MN

Speech by h.e. murat karagöz, ambassador of the republıc of turkey

Speech by h.e. murat karagöz, ambassador of the republıc of turkey

It is a great honor and pleasure for me and my staff to celebrate the 91st anniversary of the foundation of the Republic of Turkey with you here in Ulaanbaatar, the capital of the friendly country of Mongolia. 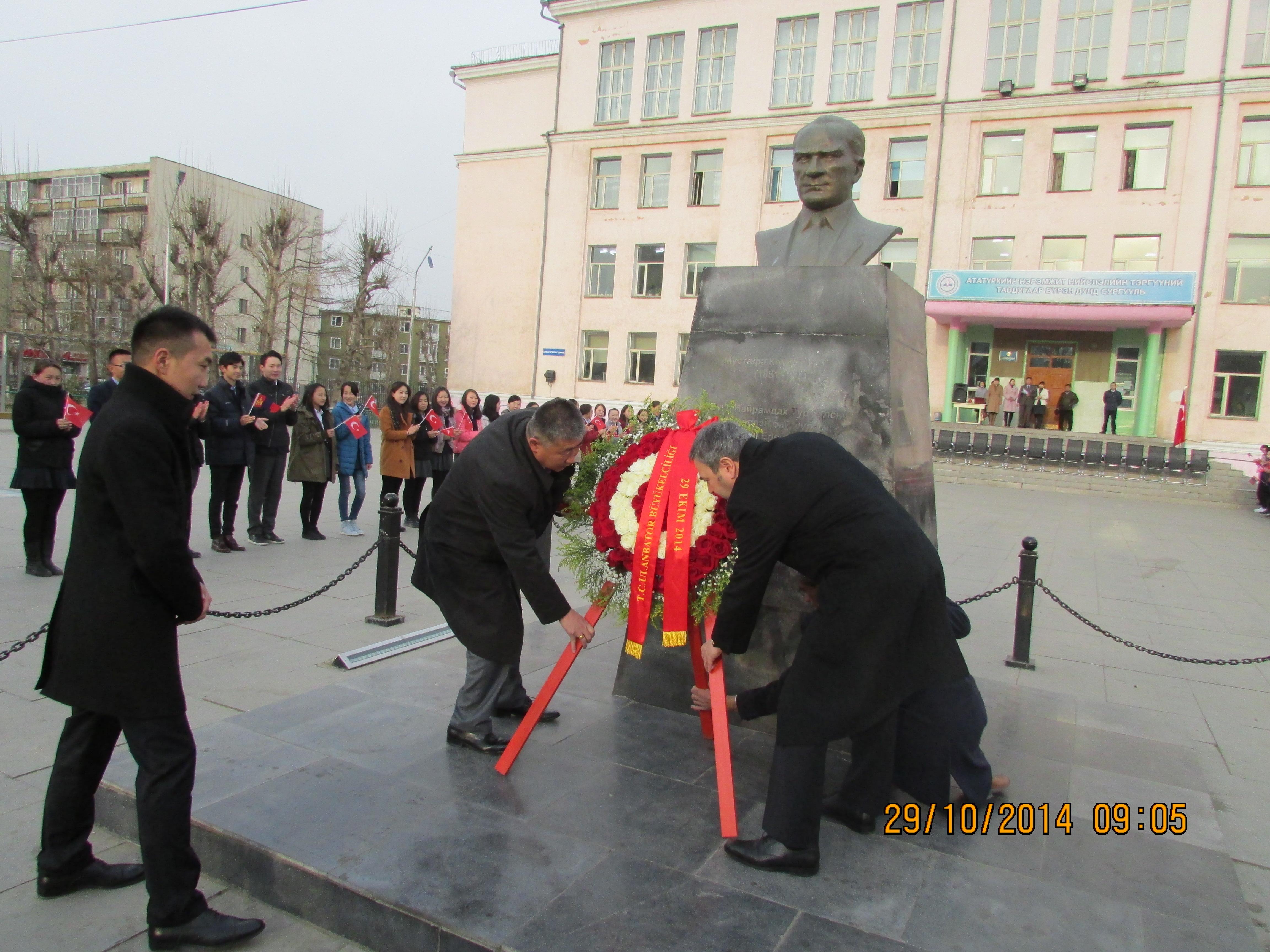 While I was giving an interview yesterday to a Mongolian TV station, I remembered the lyrics of one Turkish school song which goes like:

This nation made a great effort and suffered pain for you.”

For us, the Turks, Republic means much more than merely a regime. When we look at what is going on beyond our borders nowadays, we understand and appreciate more the meaning of having a Republic both in regional and global terms. In this regard, we pay tribute to and respect the memory of Mustafa Kemal Atatürk, the founder of modern Turkey, and his collaborators.

Turkey and Mongolia, which have deep-rooted historical and cultural ties dating back thousand years ago, enjoy unique relations. Mongolia is a country hosting early Turkic states and protecting devotedly common heritage of the humanity such as OrkhunInscriptions. Moreover, great nations of Turkey and Mongolia, belonging to the same linguistic family and being inheritors of two world empires who draw lessons of friendship and cooperation rather than animosity from history. Today, the friendship between the two countries is based on shared universal values such as democracy, rule of law and respect for human rights and freedoms, and gains momentum day by day. Both countries successfully maintains this status on a wide spectrum ranging from the UN to NATO, from OSCE to the SCO. Mongolia considers Turkey as “third neighbor” in its foreign policy concept, in return, Turkey contributes to the economic development, welfare and prosperity of Mongolia, which may be located geographically remote but spiritually close to Turkey.

We also celebrate this year the 45th anniversary of the establishment of diplomatic relations between the two countries. To this end, we organized a series of activities in order to consolidate Turkish-Mongolian friendship throughout the year. Speaker of the Grand National Assembly of Turkey and Turkish Minister of National Defense paid official visits to Mongolia. We conducted consular consultations. A number of working visits were held on national security, budget planning, justice, internal affairs involving legislative and executive bodies. We celebrated the “Ulaanbaatar Turkish Days” together with the Turkish food festival, a fashion show, a rock concert and a documentary movie. We supported many projects through TİKA, the very recent being the “Bilge Tonyukuk Road.” We accomplished visa-free travel by taking a crucial step further for the improvement of people-to-people contacts. We livened up tourism thanks to the direct flies between Istanbul and Ulaanbaatar operated by the Turkish Airlines. We provided 45 Mongolian under-graduate and graduate students with scholarships in order to add more to the 900 Mongolian students studying in Turkey, presently. In order to improve economic and trade relations, we introduced new Turkish companies to the Mongolian market. We brought prize-awarded Turkish films to the “2nd International Ulaanbaatar Film Festival”. And last but not least, we opened this newly constructed beautiful residence, and recently renovated chancellery buildings of our Embassy to our dear Mongolian friends.

We have serious opportunities and challenges ahead. Being a member of G-20, Turkey will hold the presidency of the Group as of 1 December 2014 and host dozens of important meetings. Our Embassy will serve as the NATO point of contact in 2015-2016 in Mongolia. Parliamentary elections will be held in Turkey in 2015 and in Mongolia in 2016. Finally, Mongolia will host ASEM Summit, a very significant event in 2016. Turkey wishes to be in close coordination and cooperation with Mongolia during these processes.

I believe that Turkish-Mongolian friendship will prosper day after day on the basis of rich common cultural heritage and strong political will, and serve as a model for the future generations.

To conclude, I would like to thank the Mongolian State University Turcology students and the Quartet members of the State Opera and Ballet for their great contribution to our reception.

With these thoughts in mind, I propose a toast for the 91st anniversary of the Turkish Republic and ever-lasting Turkish-Mongolian friendship.