Golomt bank initiates "The genesis of heritage and culture" an archaeology project - News.MN 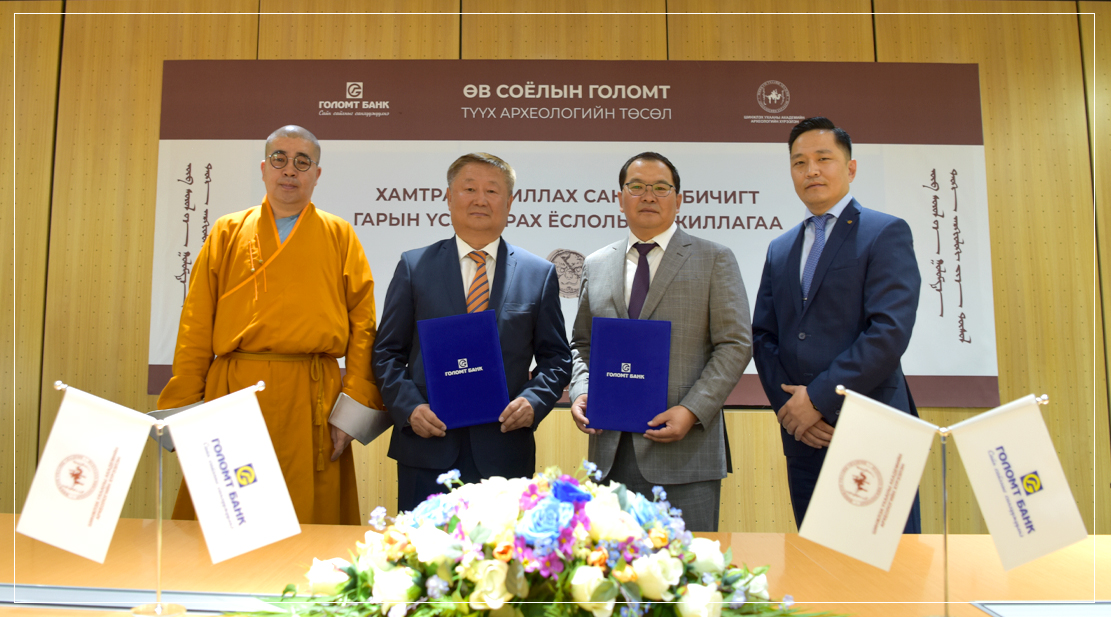 Golomt Bank has initiated an archaeology project entitled “The Genesis of Heritage and Culture” and signed a memorandum of cooperation with the Institute of Archaeology, Mongolian Academy of Sciences.

Archaeological findings are inseparably linked with the history, heritage, culture and customs of Mongolia. It is also of great importance that we leave accurate and factual information for our future generations. Within the framework of the project, we will analyze the conservation and research activities of Mongolia’s historical and cultural immovable monuments and tangible heritage according to scientific methods. Furthermore, we work together on many archaeology projects to spread the heritage of Mongolia and introduce it to the world.

This year, within the framework of the project, the “Palace Ruin of Khar Tün” of Tuul River monument has been selected, and the archaeological work has started. 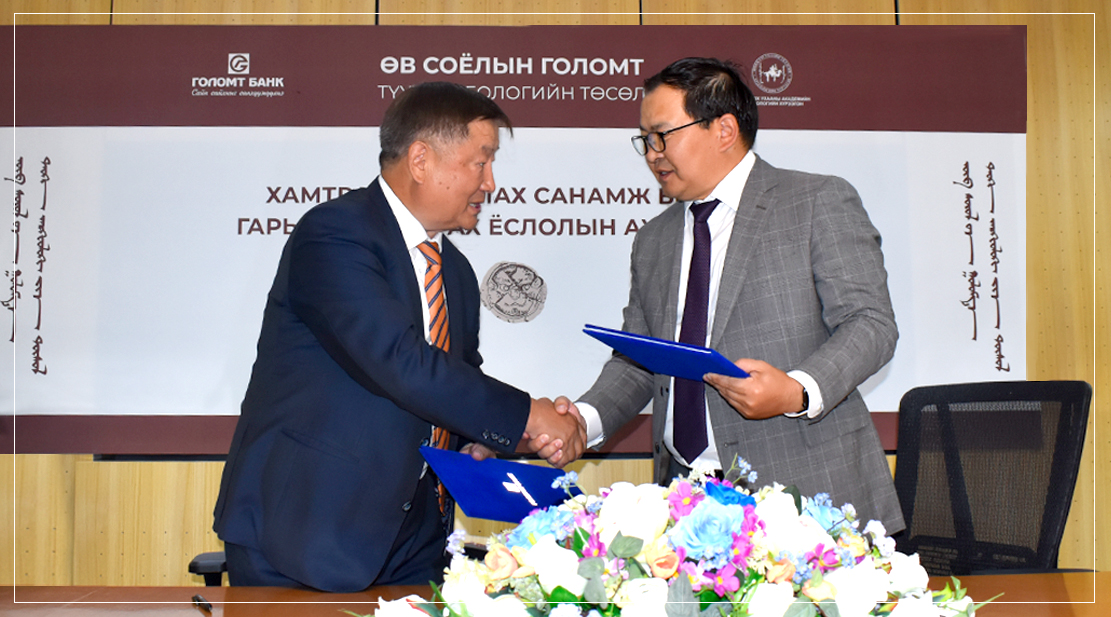 ARCHAEOLOGICAL EXCAVATIONS ARE CARRIED OUT WITH THE ASSISTANCE AND PARTICIPATION OF MULTIPLE FIELDS OF LINGUISTICS, CULTURAL STUDIES, HISTORIANS AND ARCHITECTS

G.Eregzen, Director of the Institute of Archaeology, Mongolian Academy of Science:

With the initiative and funding of Golomt Bank, a large long-term project “The Genesis of Heritage and Culture” has been started. The project is implemented by the Institute of Archaeology of MAS, and the Culture and Art Department of Ulaanbaatar and the Scientific and Cultural Institute of Gandantegchenlin Monastery are working as partner organizations. Archaeological excavations are not done only by archaeologists but also many scientific fields, such as linguistics, cultural studies, historians, architects, chemistry and physics experts are involved. Also, many religious and Buddhist objects, which have a deep meaning, are found in the archaeological excavation findings, and there are many things that our archaeologists can’t decipher. That is why we are working together with the Gandan Monastery to study and explain in more detail religious objects found in Mongolian archaeological sites.

N.Amgalan, Secretary of the Gandantegchenlin Monastery, Scientific and Cultural Institute:

It is impossible to consider the history of Asia and the world without talking about the history of Mongolia. Our Gandantegchenlin Monastery, Scientific and Cultural Institute, in the new project “The Genesis of Heritage and Culture”, is working to investigate the intellectual and cultural history of Mongolians and prove and highlight the 2,000-year history of Buddhism which was widespread in Mongolia through archaeological findings and make it known to the public. Ancient customs, history, culture, literacy and religion of Mongolians were inseparably connected with religion, and Mongolians played a great role in the spread of Buddhism around the world is confirmed by immovable archaeological facts and discoveries.

N.Ochirkhuyag, Director of Marketing and PR Division of Golomt Bank:

Mongolia had been a leading nation in politics, economic, culture and religion, with history that can be counted for centuries. It is very important to spread and prove all these to Mongolians, future generations, and even the world. For this, archaeological finds and objects, which are one of the sources of history, play a very important role. The Institute of Archaeology, Mongolian Academy of Science has been carrying out the honorable and difficult task of discovering and proving these discoveries. Therefore, Golomt Bank initiated the historical and archaeological project “The Genesis of Heritage and Culture”, and the Institute of Archaeology is cooperating in the project with special importance. 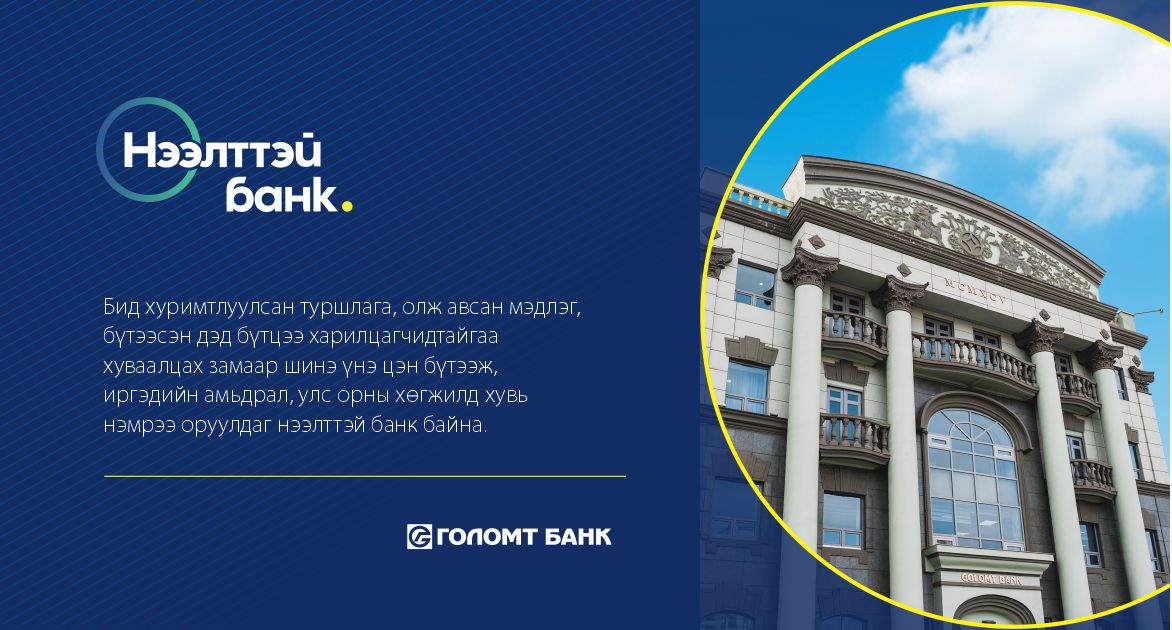 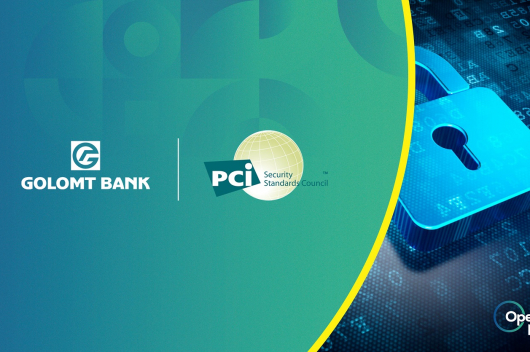 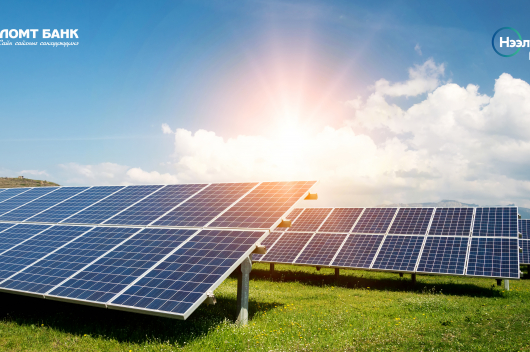 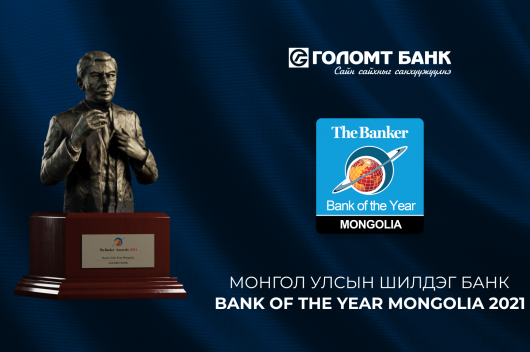