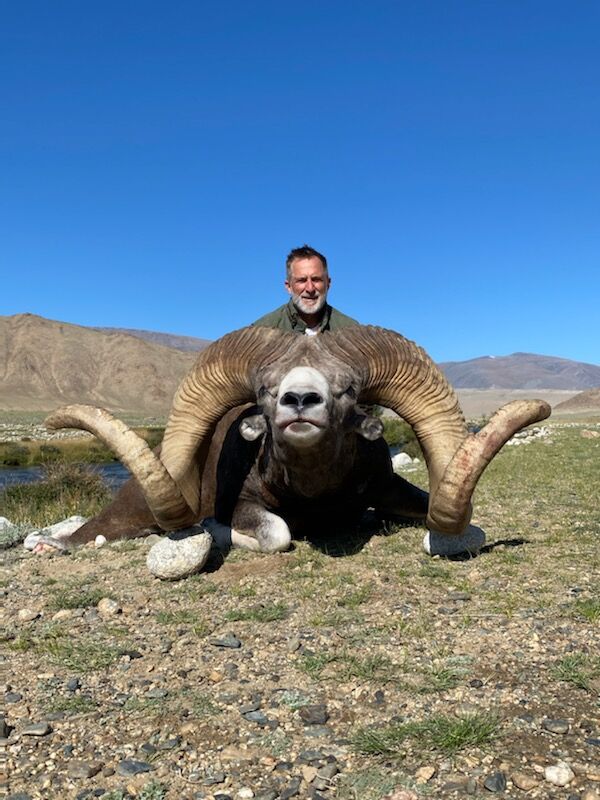 The hunting party watched for days as the High Altai Argali ram traversed the rocky terrain of the high country on the far western border of Mongolia. He was big, but how big, even the guides couldn’t tell. “We were lucky to find this ram right away,” Sheridan area veterinarian Mike Pilch said of his recent hunting trip to Mongolia.

“They measure the curls, and right now as it stands, he is the potential new world record,” Pilch said. “The current world record is 263 total inches of horn measurements, and he is 263 ½ inches.” In Wyoming, wild sheep were recognized as a big game trophy animal in the 1960s or ‘70s. His father, as his hunting mentor, introduced him to the species.

Pilch has been on several international hunts, from Russia to Azerbaijan and Mongolia. When he visits a new place, he studies the culture before heading out to the remote areas where the hunting takes place. As he’s traveled, he’s seen a shift in international hunting. Many rural places suffer from overgrazing, or even disease, when livestock like domesticated sheep mix with native wild animals. In Mongolia near China and Kazakhstan, disease has not been an issue, but overgrazing has. On their hunts, Pilch said the guides and tourists try to promote hunting as a conservation model.

“The High Altai is the biggest, kind of the holy grail of all sheep, and to get there is a logistical challenge because it is so remote,” he said. “I have always dreamed of this hunt.”

He worked with a well-respected tour guide out of Turkey named Kaan Karakaya, and planned the trip for two years. The first attempt was canceled due to COVID-19, but around July of this year, Karakaya told Pilch there was a way. “Long story short, we arrived through Istanbul on August. 20,” Pilch said. And then they had to get to Ulaanbaatar, which is the largest city in Mongolia. There are 3 million people in Mongolia and 1.5 million live in Ulaanbaatar. The rest of the country is remote and sparsely populated. The party managed to catch a flight to Western Mongolia, saving itself hunting time by skipping a days-long drive across the country. While hunters are not allowed to bring meat back on international hunts, the animal usually goes to the local people.
huntingsheep
ShareTweet
Google PlusLinkedinE-Mail 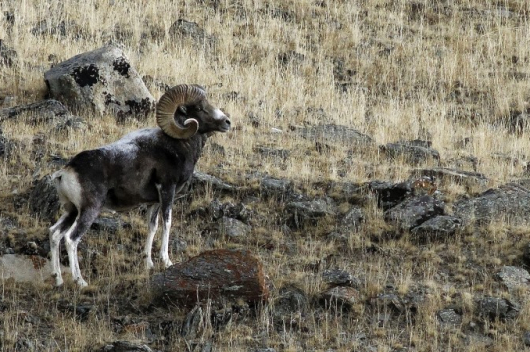 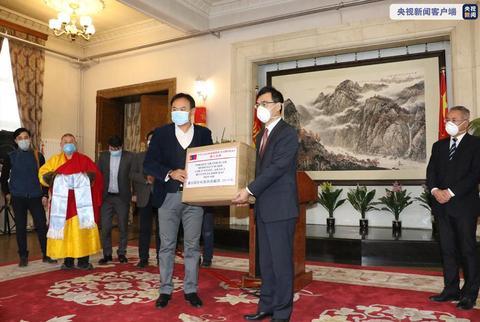 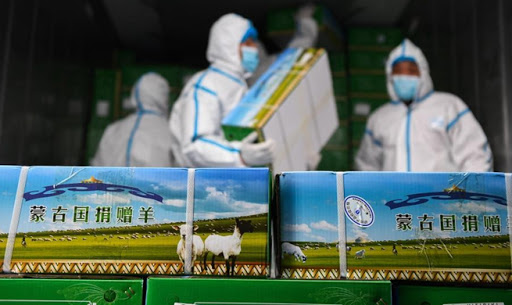 "Road to ONE – Mongolia 2022” was successfully organized at Steppe Arena