If you are honest, the tortoise always beats the hare - News.MN

If you are honest, the tortoise always beats the hare

If you are honest, the tortoise always beats the hare 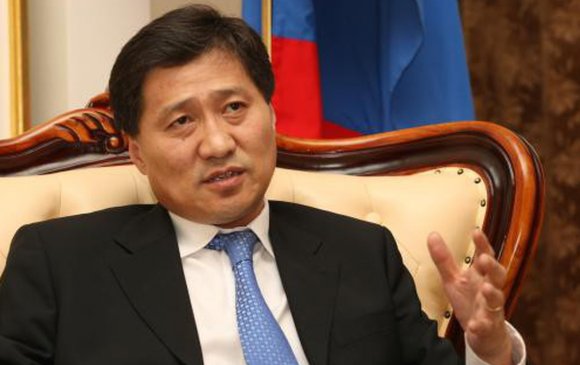 Interview given by Batbold Sukhbaatar, the former Prime Minister of Mongolia, to local press and published on January 7th, 2021

Following the coronavirus pandemic, the issue of economic recovery is now in the spotlight. As the head of the government that overcame the economic crisis of 2008-09, how do you assess the current situation?

Compared to that time, countries and the world are facing a much more difficult situation. In these difficult times, the Government of Prime Minister U. Khurelsukh has been able to take comprehensive and effective measures to protect the health and livelihood of its citizens. The Parliament and the Government are paying special attention to the implementation of solutions to revitalize small and medium-sized businesses in a low-risk way, and will continue to work hard in this direction. At the time, the commencement of the Oyu Tolgoi and Tavan Tolgoi projects was a major factor in itself. It is still important to intensify other major processing, construction and infrastructure projects now. It is right that the government is paying attention to this. We believe that by overcoming this difficult situation together, the future of the private sector, led by more efficient and educated young people, will be even stronger.

Yes, when I was working in the business sector in 1998 I acquired the license to Tavan Tolgoi deposit and later gave it to the state. Later, when I was the Prime Minister, in 2012, I made the decision to give 1072 shares to every citizen in this company. The fact that every shareholder received a dividend last year is the first time that Mongolians have directly benefited from the country’s natural resources. Also, under our government, until the end of 2012, every citizen of Mongolia received 1.5 million MNT in “National grace” through Tavan Tolgoi shares, 1 million MNT for seniors, tuition fee payment of 1 million MNT to each student, health and social insurance compensation, 21 monthly thousand tugrugs to each citizen in the form of benefits from this deposit.

How do you assess the current and future significance of the Tavan Tolgoi deposit?

Today, the Tavan Tolgoi deposit has expanded into a vital economic and social project for Mongolia. In addition to the nearly 2,000 jobs created, more than 20,000 jobs have been created indirectly, and thousands of Mongolian families are making their living from it. It alone accounts for a large share of state budget revenues, which finances everything from salaries to pensions. During this difficult time, the government is paying the “child benefits” that every Mongolian family spends on their children. This deposit is the most real and clear manifestation of justice. The Tavan Tolgoi deposit will continue to be of economic importance as a key tool for attracting foreign and domestic investors to large projects and reviving business activity. But its significance for a bigger developmental future should be even greater.

What would that be?

The most important thing is to develop the education and healthcare systems that will lead the initiative to create a larger middle-class population in Mongolia. People’s initiative to build their own lives should begin with an international standard education and an inclusive and affordable health care system. It should also be one of the pillars of a low-tax, accessible and low-interest loan business environment that supports people’s initiatives. At the same time, in a democratic Mongolia, citizens must be able to express themselves without fear and live more freely, enhancing the immunity of a sovereign and independent state. In short, it should be a guarantee of Mongolia’s economic, social and political independence, freedom and justice.

Recently, in the special issue of the 100th anniversary of the newspaper “Unen”, the General Secretary of the MPP, D. Amarbayasgalan, announced the names of politicians who may run for the presidency from MPP in next year’s presidential election. What do you think about this?

The Mongolian People’s Party has a hundred year history and has a strong human resource with well-prepared politicians. There are several people that has good reputation and are potential candidates for the Presidential election. The party’s secretary general probably named me as one of them since I was the Prime Minister of Mongolia and the chairman of the MPP, and I am still actively involved in politics. I am ready to work if fellow party members bestow upon me their trust and responsibility.

You are a successful politician and the founder of a large Mongolian company. Briefly summarize your success?

For more than 20 years, I have been a politician, and I have always believed that democracy, human rights, and development are the most important values. I have worked to ensure unity and promote progressive principles. Thus, I returned the license for the Tavan Tolgoi deposit back to the state to make it people’s property, without selling the license to foreign investors. I have experience in initiating reforms in the education sector and the stock market. Under the coalition government I led, the Mongolian economy grew at an all-time high of 17.5 percent. Poverty was reduced by double digits for the first time, and household incomes almost doubled. These are real statistics, not words. Numbers don’t lie. The government of MPP Chairman U. Khurelsukh was able to accelerate economic growth, which had fallen to almost nothing between 2012 and 2016, before the outbreak of the Covid-19 pandemic. It has begun to reach back to the levels of high growth that was the focus of foreign and domestic investors. I am confident that this opportunity will be realized in the near future after the pandemic is over. Personally, I have run businesses in the private sector since 1990 before entering politics. I worked hard in many sectors. The companies I founded have now created more than 3,000 jobs and pay tens of billions of tugrugs in taxes to the state. In short, this is it.

Recently, various information about you has appeared in the press. Do you think it has anything to do with the statement of the party secretary general? For example, you have been accused of influencing the Oyu Tolgoi agreement and lowering interest rates?

It is no secret that every time there is organized slander about Mongolian politicians, there is a hidden motive behind it. For example, after I was appointed Prime Minister, in 2011 amendments to the Oyu Tolgoi agreement where introduced which reduced the interest rate that the Mongolian side was to pay from 9.9% to 6.5%. This saved the Mongolian side hundreds of millions of dollars in payments. This is the only case in which the agreement has been amended in favor of Mongolia since it was first signed. Accusing and distorting facts which are in front of everyone’s eyes and proven by numbers is a sign that a politically motivated slander is being cooked up at the unthinkable scale. Not just this time. I’ve been described in various ways for the last 20 years. I always thought that it is important that I do my job well, to follow the principle of “”the dogs bark but the caravan goes,” and it was probably wrong not to always make explanations and rebuttals.

It’s also being said that you reduced Oyu Tolgoi’s tax?

That is another extreme example of baseless slander. The government led by me submitted to the Parliament the draft law to cancel the double taxation agreements of Mongolia with the Netherlands and Luxembourg and it was passed by the Parliament. As a result, the Mongolian tax rate on the Oyu Tolgoi project has been increased from 0-10 percent to 20 percent, increasing tax revenues by hundreds of millions of dollars. It is an indisputable fact that our government has increased taxes, not reduced them.

What do you think is the purpose of this made-up story?

Deliberate misrepresentation of the facts in foreign news raises suspicions that maybe they are opposing the policy of raising taxes and lowering interest rates. It is clear that slander is for political purposes. However, I don’t understand the purpose of why they are trying to misrepresent facts, obvious to everyone, related to the Oyu Tolgoi, and “stick” them on me. The dispute at the domestic court has been labelled “top secret” so I don’t know what other detective story has been made up to slander.

“Democracy, human rights and development are the most important”

Is there such thing as a secret civil dispute?

The materials submitted to the domestic court have been classified as “top secret”. In general, what kind of gross violation of the law is to hide a civil dispute from the participants and keep it a state secret for about 2 months without showing it when requested? How can lawyers make a defense if they are not familiar with the case materials? However, isn’t it a serious discrimination to give it to a foreign lawyer without keeping it a secret from them? What does it mean to discriminate your own citizen against a foreigner? Are you hiding it after filing a lawsuit that is clearly unfounded and does not meet the criteria of registering a legal dispute? I have been working for the state for many years, and I can tell the difference between what a state secret is and what is not. We are appealing to the relevant law enforcement agencies on this issue.

You are said to have a foreign apartment and property?

I recently gave an interview to the press regarding this. I don’t have an account, I don’t have money, I don’t have an apartment in offshore destinations. I am confident that our court will determine who is right and who is wrong. The truth has prevailed from the outset, and the New York court initially ruled in favor of not freezing the property of the Korean businessman in question, and the plaintiff’s law firm withdrew my name from the lawsuit.

Do you think there is an organized operation against you abroad?

I respect the work of the judiciary. However, it has raised a suspicion whether an official who has such powers is ordering a citizen of this country to be spied on by a foreign for profit and private detective company? It seems like the Lhumbe case during the repression of the 1930s when the so-called case materials arrived in a foreign language, which was carried out outright in Mongolia. As for me, I will never accept the slander of my family and children in this shameful act, and I will have it checked whether it violates human rights and whether it is in accordance with the law on surveillance. Law enforcement agencies must investigate where and for what purpose the large sums of money paid to the foreign private detective company were spent from, and by whose order. I will fight this accusation. There is a wise saying, “If you are honest, the ox cart will catch up with the rabbit” (the tortoise always beats the hare). At the end of the interview, I wish all the fellow Mongolians a Happy new year and congratulations for the occasion of the 100t​h anniversary of the Mongolian Revolution. In this year, I wish the recovery from the pandemic, stable economic growth, a successful start to the new century of development, respect for democracy, human rights, the rule of law, good health and all the best. 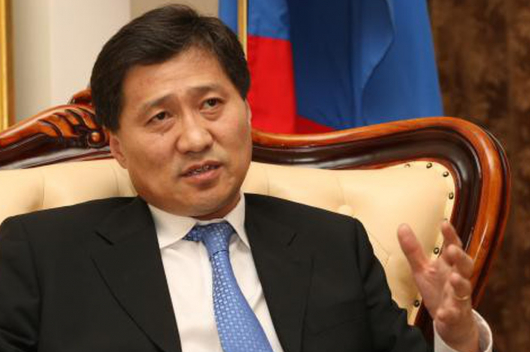