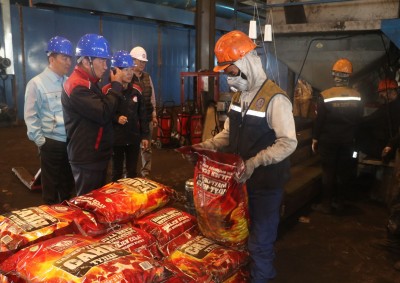 Mongolia has put into operation its second fuel processing plant in Ulaanbaatar.

The plant, built in Nalaikh district, has an annual capacity of processing 600,000 tons of fuel.

“Reducing air pollution in Mongolian capital has been and remains one of our government’s challenges. Thanks to the government’s decision in 2019 to replace low-grade coal with processed fuel in Ulaanbaatar, air pollution in the city, which is home to over 1.5 million people, has been reduced by 50 percent,” Prime Minister U.Khurelsukh said at the opening ceremony of the plant on Tuesday.

The first fuel processing plant, commissioned in early 2019, has the same processing capacity as the new one.

The Mongolian government reduced the price of processed fuel by 50 percent from 3 December  to 1 April in order to support the livelihoods of residents of ger areas of Ulaanbaatar during the COVID-19 pandemic.

Around 220,000 households live in ger (yurt, or round-shaped dwelling) districts, with no running water, central heating or sewerage systems, according to government data.