Waving small American flags and donning masks, the protesters—who appeared to be almost all Mongolians—plastered cardboard signs in both Mongolian and English to the embassy’s gates as passersbys strolled past in the torrid D.C. heat. Inscribed with messages such as “Shame On Mongolian Government,” “Stranded five months Citizens should be ‘Allowed to Return Home,” and “We miss our family and children,” the signs were a startling reminder of the COVID-19 pandemic’s far-reaching consequences. With the world on lockdown and every country an island, thousands of Mongolians and other foreign nationals have now been marooned in the United States for months—not quite Crusoe, but not far off, either.

“I’ve heard about 2,600 [Mongolians] are stranded here, unfortunately,” Lauren Javins, Co-Director of Friends of Mongolia, a charitable organization, told The Politic in an email correspondence. These include vacationers, students, people visiting family members in the United States, and temporary workers. “There are very few flights back to Mongolia, and those flights are reserved for people with higher status and various connections.”

Mongolia’s limited number of repatriation flights are part of a strategy of strict restrictions on travel that have helped make the country’s coronavirus response one of the most effective in the world—it’s reported only a few hundred imported cases, and no deaths—but they’ve created a harrowing reality for the nearly 10,000 Mongolians worldwide who are trying to return home. The protesters at the Mongolian embassy, Javins said, embody the sentiment that the Mongolian government has not provided adequate assistance to stranded Mongolians in the U.S. Despite the sizable number of Mongolians trapped in the U.S., only two official repatriation flights from the U.S. to Mongolia appear to have taken place as of late July 2020—and the first of them charged its over 250 passengers $2,500 per ticket.

B.Suvdaa is one of those who has protested at the embassy. A native of Ulaanbaatar, she arrived in the U.S. on a B1/B2 tourist visa on 30 December, 2019. She had planned to stay for a few months, studying the experience of public libraries and museums in the Washington, D.C. region for application to her work at Book World, a nongovernmental organization that encourages reading and library use in addition to organizing biannual book fairs in Ulaanbaatar each year. Then, a few days before her scheduled return date in early March 2020, Mongolia’s borders closed and stay-at-home orders swept the U.S. All of a sudden, 6,000 uncrossable miles stood between her and her young daughter and elderly mother, both of whom remain in Mongolia. Four months later, she remains stuck in the U.S.

‘Since June, I have [been] actively involved in an advocacy campaign for protecting Mongolians’ right [sic] stranded in the U.S.” Suvdaa told The Politic in an email correspondence.  “I started to host a vlog named “Pandemic Stories” to discuss issues and challenges that Mongolians are facing,” she said. Among its notable guests: the current Mongolian Ambassador to the United States, Yo.Otgonbayar. She’s also helped organize the protests at the Mongolian embassy. The protests, vlogs, and constant work have yielded some results. Near the end of July, B.Suvdaa was able to leverage her social media presence and connections within the Mongolian community to help fundraise over $2,000 to help nine Mongolians stranded in the Washington, D.C. region get to Seattle, WA, and a flight to Mongolia. But even with that optimistic news, the day when she can return herself may be a ways off yet—even as the clock has long since ticked past her visa expiration date. When asked if she was optimistic about being able to return to Mongolia soon, her answer was cautious and uncertain. 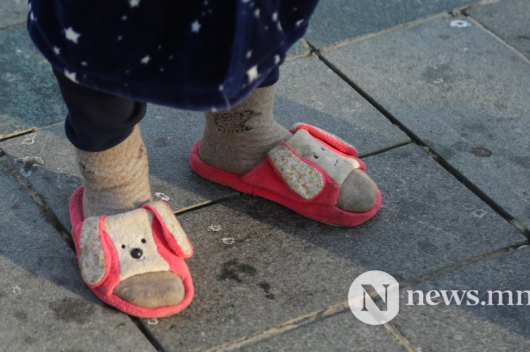 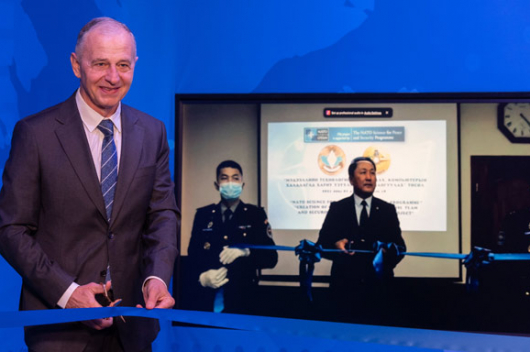 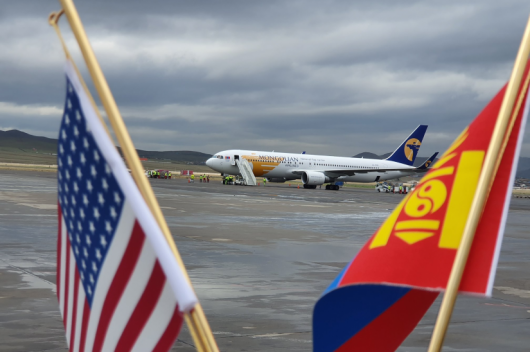