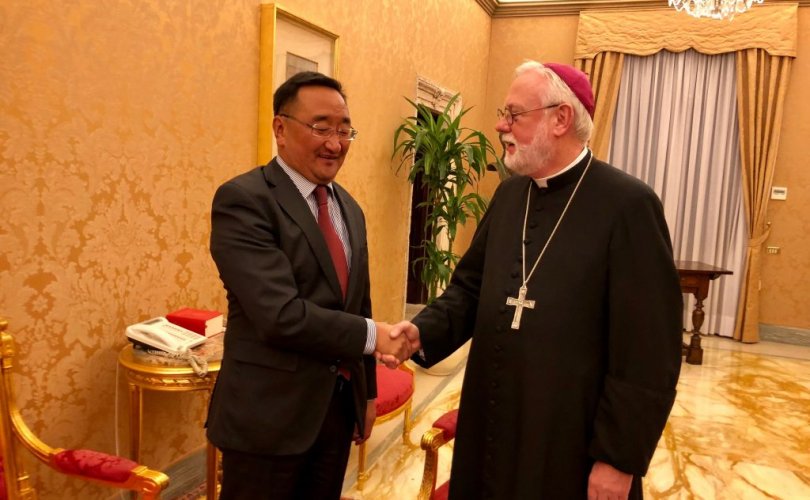 Ambassador of Mongolia to the United Nations and other international organisations L.Purevsuren held a meeting with  Vatican Archbishop Paul Richard Gallagher on 10 January and exchanged views on bilateral cooperation.

Ambassador L.Purevsuren expressed his appreciation for the Vatican in allowing Mongolian scholars to study documents and sources related to Mongolian history, to work in the Secret Archives of the Vatican and its library on 1-4 October 2019 alongside expressing the country’s request on further collaboration in this field.

In turn, the Vatican’s side informed that it is able to teach Latin to Mongolian scholars in order to help them study resources related to Mongolian history.

During the meeting, the two sides talked over preparations of a scientific conference and photo exhibition, which are scheduled to be jointly held in the Vatican  between 6-8 May on the occasion of the 800th anniversary of the establishment of Karakorum city, as capital of the Great Mongol Empire. The scientific conference is set to feature a section on the issue of religious freedom that was documented during the journey of the Flemish Franciscan monk William de Rubruk who was an envoy of Pope Innocent IV Plano Carpini to the Mongol Empire.