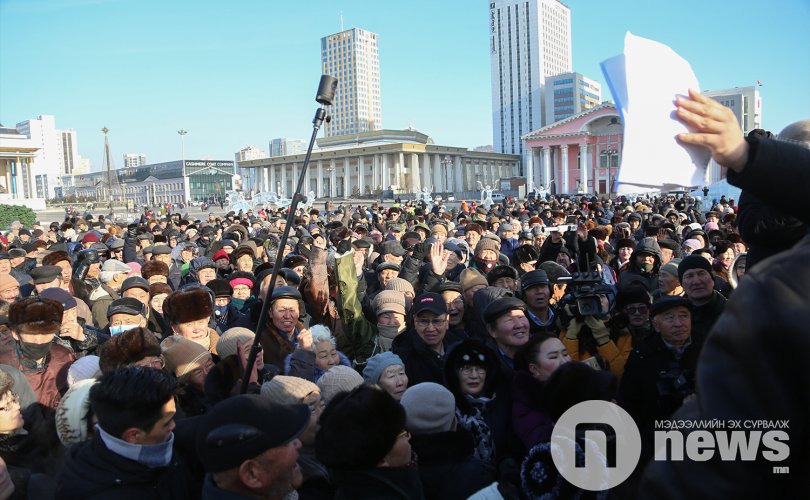 The Mongolian parliament has backed the decision to write off the loans of over 230,000 pensioners and to distribute a ‘cash present’ to those remaining pensioners who have not got any debts. The decision was initiated by the National Security Council of Mongolia, chaired by President Kh.Battulga just before New Year celebration. In his New Year address to the nation, President Battulga announced this as a present to the pensioners in question. Debts totaling MNT 815 billion, granted to the pensioners are to be cleared.

However, earlier today (10 January), clearly not fazed by the -15 deg C temperature in Ulaanbaatar, the pensioners whose debts have been cleared, demonstrated protesting discrimination against their peers who did not have loans. The demonstration was organized jointly by Shinen and Manan. The vocal pensioners are also demanding an increase in the minimum pension.