News Agency names ‘the Hu’ as Person of the Year - News.MN 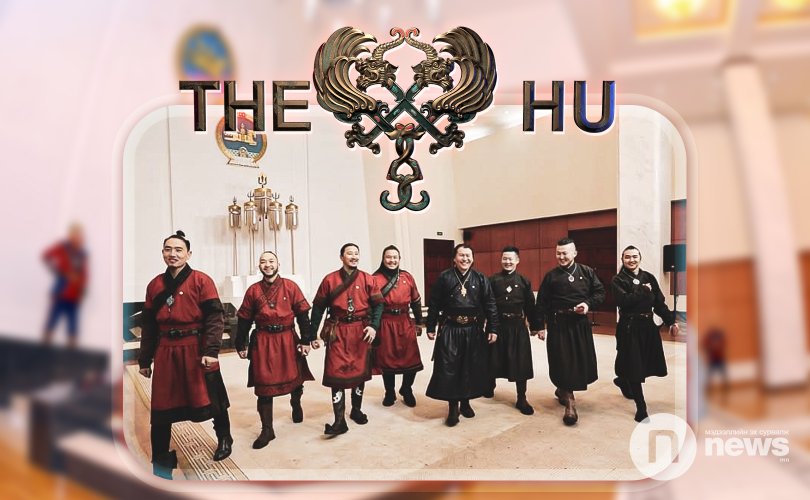 At the end of each year, professional press bodies traditionally give awards to people and particular events of the past 12 months. News.mn has been naming “Person of the Year” since 2004.

This year, we have decided to name Mongolian rock sensation ‘the Hu’  as Person of the Year for 2019, although there are four of them!

“HU!! HU!! HU!!,” yelled the crowd, at escalating volume, greeting the band which has fired the nation’s imagination by bringing the pride of the Mongol Empire of Chinggis Khaan who conquered half of the world to the new modern world. ‘The Hu’ has just returned home following a four month-long concert tour; indeed, going further than the armies of the Great Khaan to North America and Europe!  The tour lasted from September to December. The band has performed over 60 concerts in over 50 countries. Now begins preparation for next year, including ‘The Hu’s’ debut Japanese and Australian tours. ‘The Hu’ will be performing at headline events such as the ‘Download Festival 2020’, in Melbourne on Friday 20 March.

Just a few weeks ago The Hu was awarded the Order of Chinggis Khaan, the highest state award conferred for distinguished citizens of special merit.

Founded in 2016 in Ulaanbaatar, by their producer B.Dashdondog, along with the members Gala, Jaya, Temka, and Enkush. The Hu combines Rock Music with traditional Mongolian instrumentation like the Morin Khuur (horsehead fiddle), Tovshuur (Mongolian guitar), Tumur Khuur (jaw harp), guttural throating singing and the bombastic bass and drums of rock.  The band’s name, the ‘Hu’, is the Mongolian root word for human being.  They call their style “Hunnu Rock”, inspired by the Hunnu, an ancient Mongolian empire, known as the Huns in western culture. Some of the band’s lyrics include old Mongolian war cries and poetry.

Their first two videos, Wolf Totem, and Yuve Yuve Yu (or How Strange, How Strange) have amassed more than 45m views on YouTube over the last year, while their debut album, The Gereg, opened at No 1 on Billboard’s Top New Artist chart and No 2 on the magazine’s Indie Label chart. Likewise, it hit No 2 on the UK’s Rock & Metal Album chart and No 4 on the Album Downloads list, while in Australia it broke the top five in overall digital sales. The Hu’s Facebook page has more than 300,000 followers.

We wish The Hu a very Happy New Year and success in bringing Mongolia to Japan and Australia! 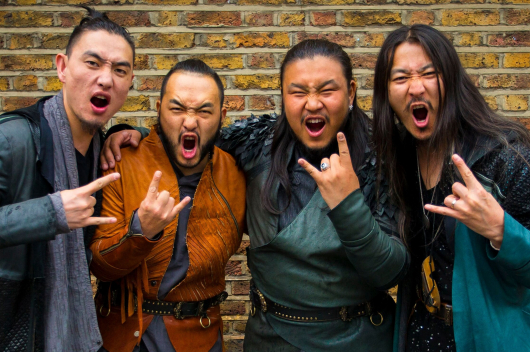 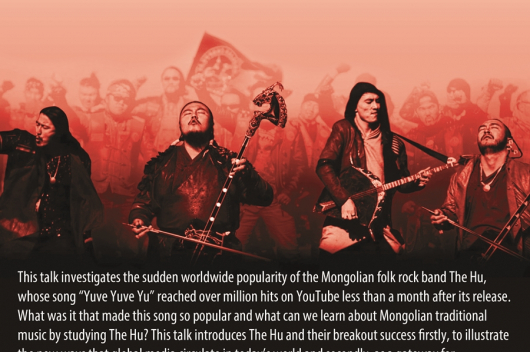 The Hu Effect: Mongol Music on the Global Stage