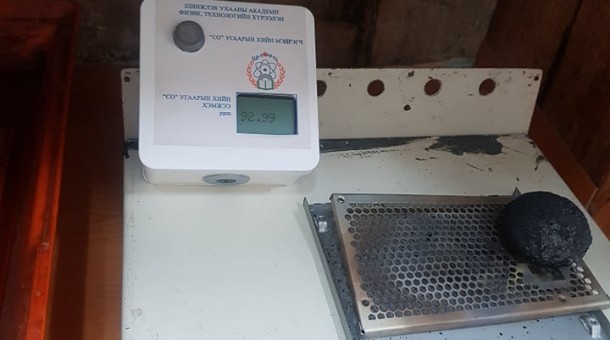 Since residents started using the coal briquettes in October, there have been eight more deaths—mainly children, pregnant women, and the elderly. Nearly one thousand have been hospitalized in Ulaanbaatar’s outer slum districts, prompting fears that this “safe fuel” can cause carbon monoxide poisoning.

Subsequently, the government has promised to distribute free smoke detectors in the ger districts. According to NEMA officials, these are being distributed to 167,000 households in December.

The Ulaanbaatar Metropolitan Professional Inspection Department reported that PM 2.5—tiny particles that get into the lungs and bloodstream—had decreased by 10-30 percent compared with October last year.

The government has been trying to force low grade coal out of use to reduce the thick air pollution that has plagued the city.