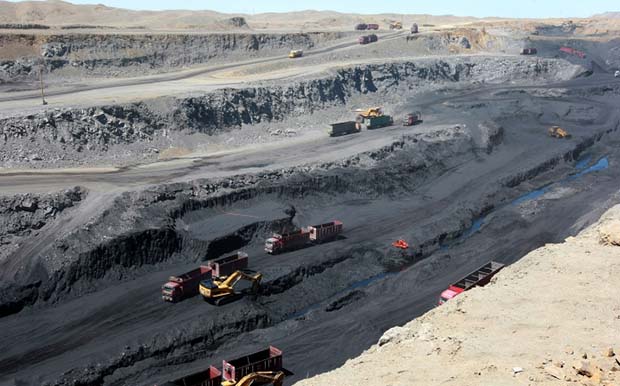 ASX-listed and Mongolia-focussed metallurgical coal developer, Aspire Mining, says its Ovoot Early Development Project, will pump out a stunning annual EBITDA of AUD$279 million from the production of 4 million tonnes a year of sought-after “fat” coking coal for delivery into China.

The company this week provided an update to its prior pre-feasibility study mine plan and costings for the “extended case” option for the project.

With significant reductions in both capital and operating costs identified, the new PFS has delivered an improved financial outcome compared to results from earlier this year. Significantly, Aspire has reduced its projected capital costs for the project by 34% to AUD$45.1m off the back of lower mining and deferred capitalised waste removal costs.

The C1 cash costs have fallen to AUD$110 per tonne delivered to the Chinese border, mainly due to a 19% reduction in the mine operating costs that have dropped to AUD$38.40 per tonne over the initial 12.5-year life of the mine.

Aspire has assumed a coking coal sale price of AUD$218 per tonne for its high-quality product, providing an exceptional margin over the estimated C1 cash costs per tonne. This has the effect of hiking the pre-tax net present value of the project by nearly 16% to AUD$1.28b with a very healthy internal rate of return of 49.4%.

The company’s definitive feasibility study for the project is due to hit the streets in May 2020. Aspire said in October that its DFS was progressing well and pending finance approval and receipt of the outstanding permits by the first quarter of next year, pre-stripping of waste at the Ovoot Early Stage Development Project should occur in the June quarter of 2020.

The project is a single, open-pit mining operation with a low strip ratio of 4.7 to 1 with payback in just over two years. The company’s large, Ovoot coking coal project looks solid with a quality ore reserve of 255 million tonnes, of which only 53.8 million tonnes will be carved out for the initial phase of mining production.

Management also revealed it had recently visited several steel mills in north-eastern China and that response had been very encouraging, with a number of the facilities using, or having used, Mongolian-sourced coals in the past.

The OEDP project is set to provide direct and indirect employment for over 1,200 workers in Mongolia and it will pump some serious cash into the local community via taxes and fees payable over the next decade.

Later this month, company’s shareholders will vote on an AUD$33.5m share placement to its current largest shareholder, Mongolian businessman, Mr Tserenpuntsag, which would significantly swell Aspire’s coffers entering into what looks to be a period of substantial activity in Mongolia during 2020. (source: thewest.com.au)