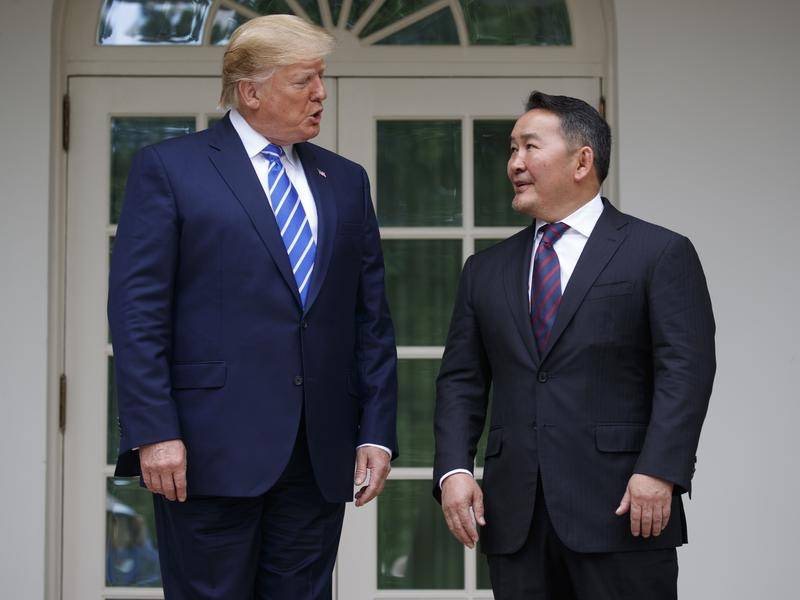 Reflecting on the US-Mongolian friendship

Last week marked an important milestone for not only US-Mongolian relations, but also for Mongolian foreign policy. The declaration on strategic partnership between Washington and Ulaanbaatar was signed during President Kh. Battulga’s visit to the US on July 31, 2019, making Mongolia the 17th country to sign such an agreement with the US.

It has often been argued Mongolia is a small, developing country with an annual GDP of only USD 12 billion, sandwiched between two huge authoritarian regimes with nuclear capabilities; hence, the nation is in no position to attract the interests of the US at a level high enough to warrant a strategic partnership. Nonetheless, Mongolia succeeded in securing its biggest and most crucial step to date in consolidating its Third Neighbor Policy focused on expanding relations with the Western world. Although it could be claimed the initiative was extended from the Mongolian side initially, without any concrete interest from the US, there would be no agreement. This raises an interesting question: how did a land-locked, impoverished nation with a population of only 3.2 million come to be recognized as a close ally and respected friend of Uncle Sam?

In 2003, Mongolia announced it would employ zero tolerance policy against terrorism and pledged to support the War on Terror, which was a key breakthrough in relations between the US and Mongolia. Since then, Mongolia has deployed thousands of military personnel to UN Peacekeeping and NATO-led missions. The fact that Mongolia has consistently increased the numbers in troops deployed as well as their commendable high standards and discipline gained Mongolia the trust of the US. This manifested in President Bush’s visit to Mongolia in 2005, which was recognition and encouragement of the support of Mongolia in counter-terrorism. Mongolian practitioners of foreign policy seized this momentum, and in retrospect, it can be said they laid the foundations for the diplomatic and military relations between the two countries upon which talks of strategic partnership could be commenced. This demonstrates that Mongolian foreign policy has been steered with prudence, despite the internal political situation being anything but.

Now let’s move the lens to the US perspective. America has a number of solid reasons to form a firm hand shake with Mongolia in the scope its Indo-Pacific strategy.

The US prioritizes sovereignty, security and stability as the main pillars of prosperity in the region. The US Department of Defense claims this notion is being jeopardized by China’s “assertiveness.” The growing Sino-Russian partnership, which seeks to re-order the region – especially to China’s advantage by aggressive joint military exercises– influence operations, and employs predatory economics to coerce other nations, is a major concern for the US. Secretary of Defense Mark Esper reiterated this during a news conference in Sydney on the 4th of August and said the US is firmly against China’s “destabilizing” behavior in the region.

China’s Belt and Road initiative (BRI) is an ambitious, gargantuan plan to re-route and dominate global trade involving trillions of dollars. Many analysts argue the BRI is a cunning way of wooing countries into a debt trap, and the recent case of China’s taking the control of a Sri Lankan port shows similar consequences could be seen again in the future. China is building a ring of sea ports around the Indian Ocean and India, but the world’s largest democracy has somehow managed to stay out of this massive project. The US is aware of the prospect of a deepening Sino-Russian partnership and the growing effect of the BRI; therefore, the fact that the term Asia-Pacific has been recently changed to Indo-Pacific, as well as its firm stance against China in terms of trade issues, indicates how seriously the US is taking this matter.

While Mongolia has been supporting the notion of a trilateral economic agenda, or the China-Mongolia-Russia Economic Corridor, in the scope of the BRI since 2014, no tangible works have been done, which leads to the assumption that Mongolia may have major reservations about the BRI and China’s plan. Instead, Mongolia has pushed for the Third Neighbor Trade Act with the US, and if passed, it would enable the Mongolian cashmere and textile industry to enjoy duty-free treatment on garments exported to the US. This will also eventually enhance Mongolia’s competitive edge against the Chinese industry. Furthermore, Mongolia’s reserves of rare earth elements can be a viable option for the US to reduce its dependency on China’s rare earth supply as trade war tensions show no signs of alleviating.

Apart from this, another topic that worries the US is whether Mongolia is going to become a member of Shanghai Cooperation Organization (SCO), especially given that both China and Russia actively endorse Mongolia’s membership in the organization. Some officials contend that joining the SCO runs contradictory to Mongolia’s Third Neighbor Policy and drastically increases dependence on the two neighbors. Others say Mongolia should join the SCO to bolster mutual trust with its two neighbors. They argue India joined the SCO in 2017 and has been able to maintain its partnership with the US and other democracies, so Mongolia should be able to as well.

However, these proponents underestimate the peculiarities of Mongolia’s landlocked geographical location, which puts it in a situation with enormous geopolitical and economic pressure. Moreover, Mongolia as a nation does not have any pressing issues concerning terrorism, extremism and separatism that other SCO members have; hence, it would be, to some extent, illogical for Mongolia to rush towards full membership, at least for now. President Kh. Battulga’s made a clever remark during the 2019 SCO Summit in Bishkek: “Mongolia is exploring ways of increasing its participation in the organization.” The US will carefully observe Mongolia’s affiliation with the SCO in the future.

On the topic of regional security, something that has been often overlooked but has been getting on the international radar recently is Mongolia’s diplomatic efforts in Northeast Asia. It established strategic partnership agreements with three of the most powerful countries in the region: China, Russia and Japan. In addition, Mongolia is the only nation in Northeast Asia which does not have a border or territorial dispute and enjoys friendly diplomatic relations with all of the nations in the region. This certainly gives an edge to Mongolia in terms of diplomatic maneuverability.

Foreign Minister D. Tsogtbaatar said Mongolia has the potential to be a “bridge for talks between the US and North Korea,” which is not an unrealistic statement given the friendly diplomatic relation between Mongolia and North Korea since 1948. Despite a change in trajectory after Mongolia’s democratic revolution in 1990, the two countries still maintained mutually beneficial ties.

In the aftermath of the failure of the Six Party Talks, Mongolia put forth an initiative by forming the Ulaanbaatar Dialogue (UBD) on Northeast Asian Security, a regional forum for officials and academics. Although the UBD has no intent to compete with or substitute for the Six Party Talks, it certainly plays a role in mitigating distrust among the parties of the region in the absence of the Six Party Talks. Northeast Asian leaders are also supportive of Mongolia’s efforts to lead the discussion on harnessing the vast solar and wind resources in Mongolia in order to establish an interconnected regional power grid.

All these diplomatic accomplishments and efforts by Mongolia to enhance the stability and security of the region did not pass blindly by in the eyes of the US unnoticed. President Kh. Battulga’s visit to Washington and the declaration of strategic partnership with the US is a result of unwavering dedication by Mongolian diplomats over past few decades, and just perhaps, President Trump’s decision to name a Mongolian horse gifted to his son Barron “Victory” was an acknowledgement of Mongolia as a strategic partner and the attainment of its foreign policy objectives. 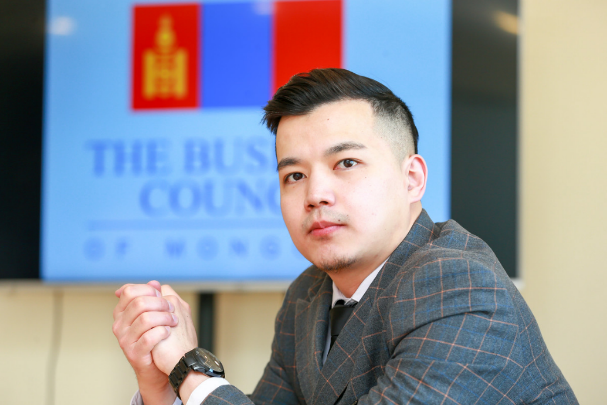 D. Sayan has a BA in International Relations with a concentration on US-Mongolia relations and currently works at the Business Council of Mongolia (BCM) as its Director of Board Affairs. He was selected for the Fulbright Student Program (funded by US Department of State) in 2019 and is pursuing his graduate degree in International Relations in the US committed for enrollment in Fall 2020. His topic of research will be centered on peace-building and conflict resolution. 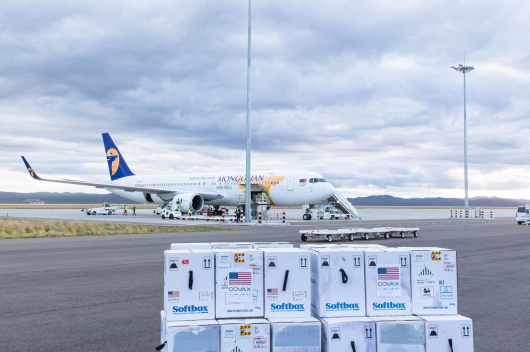 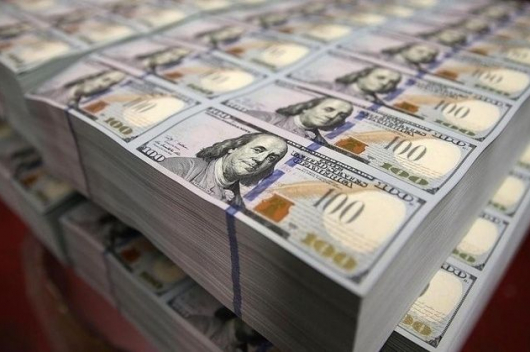 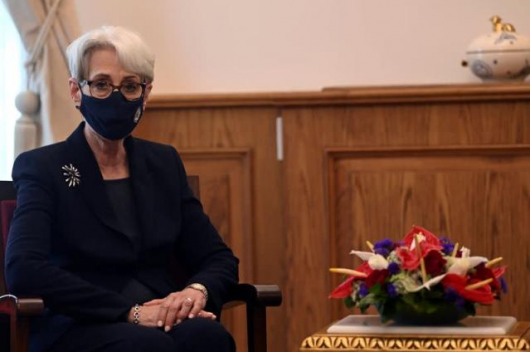