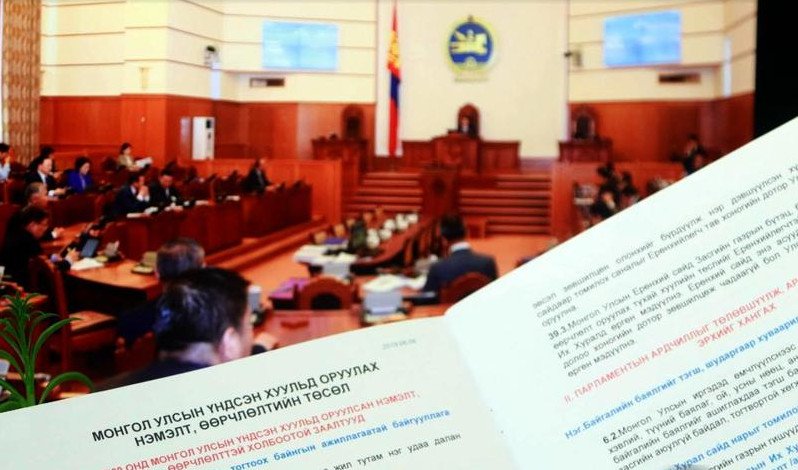 Members of the State Great Khural, as the Mongolian Parliament is known, have been busy working on introducing a bill to amend the Constitution of Mongolia. A key part of this has been inviting responses and opinions from a broad selection of the public. The bill was submitted to Parliament on 6 June after which it was delivered to over 40 thousand people; 19 percent of whom gave their votes. In addition, 7795 people gave over 200 thousand proposals online, by phone, in writing and during face-to-face meetings. A majority of 82 percent of all participants have supported the Constitutional Amendment Bill.

The current Constitution of Mongolia was approved in 1992 and was amended in 2000 for the first time. After 19 years, D.Lundeejantsan presented the new Constitutional Amendment Bill; this has been signed by 62 MPs. 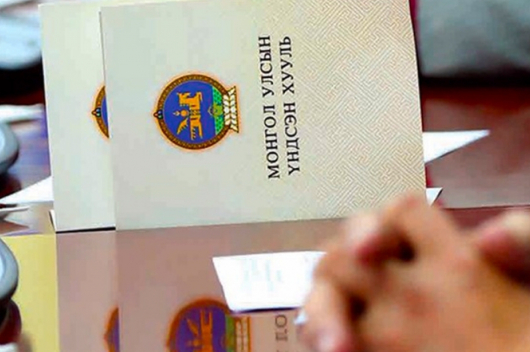 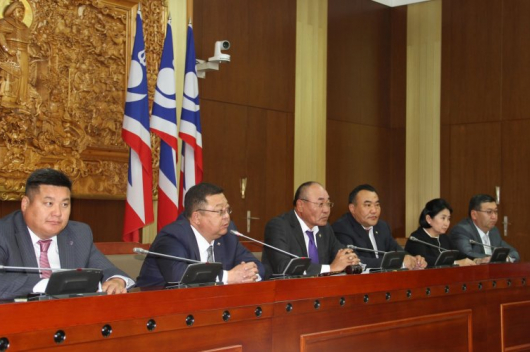 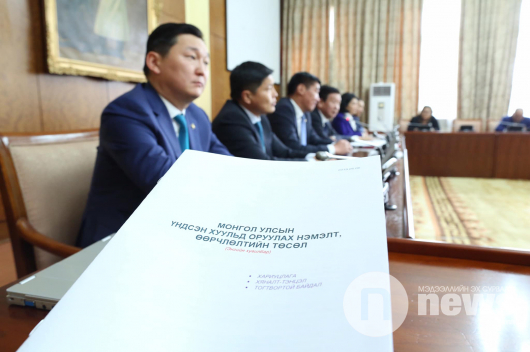 Second bill to amend the Constitution of Mongolia presented