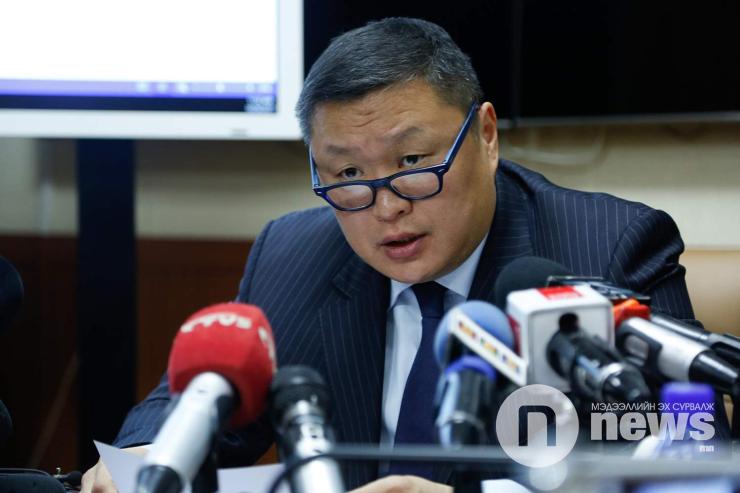 B.Khurts, former director of Mongolian’s General Intelligence Agency has been detained by the Criminal Police Department over the ‘torture to confess’ case. He was taken to the 461st Detention Centre last night, where he remains in custody.

On 18 April, the Criminal Police Department questioned Justice Minister Ts.Nyamdorj over his statement regarding the much-publicised murder case of the politician S.Zorig, who one of the heroes of Mongolia’s peaceful transition to democracy and a likely future prime-minister. In his statement in March, which shook the nation, the Justice Minister publically apologised on behalf of the Mongolian government that torture had been used to extract a confession. Ts.Nyamdorj said that two officers from the General Intelligence Agency (GIA) were under investigation for having used  torture to obtain a confession.

Following an investigation lasting two decades – in which there have been accusations of cover-ups and during which numerous people, including the victim’s wife, have been detained – Ts.Amgalanbaatar and two others were sentenced to 24-25 years in prison for the murder of S.Zorig.

B.Khurts, is a highly controversial figure. For many years he ran the GIA, which has been criticized for not releasing files related to the case. In September he flew to London to attend a conference, but was arrested upon arrival under a European Arrest Warrant and held in Wandsworth Prison. The intelligence chief’s arrest was a low point in UK-Mongolian relations and sparked demonstrations in Ulaanbaatar; London was accursed of ‘luring’ B.Khurts to the UK in order to have him arrested. Previously, B.Khurts had led an operation to ‘return’ Enkhbat Damiran to Mongolia. A covert operation was mounted and E.Damiran was seized in a restaurant in La Havre, and taken to the Mongolian Embassy in Germany where he was drugged and put on a direct flight to Ulaanbaatar. Upon arrival, the dissident was, allegedly, tortured to confess the murder of S.Zorig, but died in custody. After being held in the UK, B.Khurts was extradited to Germany where the ‘abduction’ case was studied, however, in September 2011, prior to a visit to Mongolia by Angela Merkel, he was released.