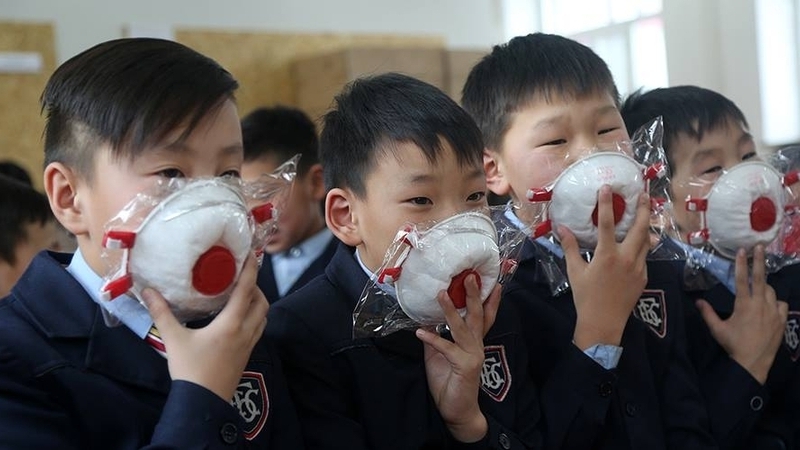 According to the World Health Organisation, air pollution causes more than 4000 deaths every year in Mongolia.  More than half of child deaths from pneumonia in Mongolia are due to indoor air pollution. For this reason, the Tsikl, shopping centre will distribute air-pollution masks filtered against fine particulate matter (PM2.5) to schoolchildren in Ulaanbaatar. The shopping centre has choosen the 39th secondary school in the Chingeltei District, where air-pollution is especially high. Children from the first and second grades will receive 5000 air pollution masks free.

Half of the people in Mongolia’s capital live in traditional felt dwellings called gers. They heat them in the long winter months by burning coal – this is invariably of a very poor quality, as most of the people who live in the ger districts are extremely poor. The smoke from the ger smoke is the main source of Mongolia’s air pollution, accounting for 80% of air pollution in the country from November to April.