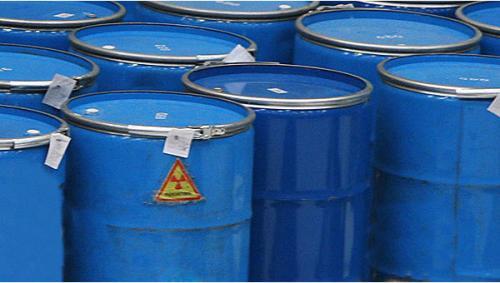 Uranium exploration in Mongolia was under the coal and oil exploration
program until 1960 when geologists from the Soviet Union took up the job. Then
the Governments of the then Republic of Mongolia and the Soviet Union signed an
agreement in 1970 setting up a uranium geological mapping program under the
Ministry of Geology, and the work was mainly restricted to Eastern Mongolia.
The program was run with Soviet Union funds, technology, equipment and human
expertise between 1970 and 1990. Work over these two decades discovered six
uranium deposits, in Dornod, Gurvanbulag, Mardai, Nemer Kharaat, Narst and
Ulaan. The total reserve was estimated to be 1.5 million tons. The State
Mineral Resources Commission of the Soviet Union approved the estmate and the
Dornod deposit was chosen to be mined first in the open method and the Erdes
mining factory was established.


The maps were on a scake 1:1 500 000 and prepared in as much detail as was
possible those days, indicating the scientific basis of all possible future
uranium exploration. All the data contained in 190 reports pertaining to the
six deposits are in Russia, while Mongolia was given copies of just 34.
Therefore, Russians know Mongolian uranium better than Mongolians.


Mongolia and Russia jointly owned the Mardai deposit mine in Dornod aimag and
mining ended in the 1990s when Russians went home. But the Erdes factory was
also 50% owned by Mongolia’s state-owned Uran factory from 1993. However this
was winded up following a Government decision in 1998.


The Gurvansaikhan LLC was established with Russian participation in December,
1994 with shares held by Mongolia, Russia and a Bermuda-based comany. The
agreement was that Mongolia’s  15% share
lay in it providing the research area including Choir, Ulziit, Khairkhan,
Undurshil and Gurvansaikhan. MNT1.5 million was paid to the state-owned Uran
factory. Russia was to provide the research rquipment and manpower and to own
15% to the Geolograzvedka concern.


The Bermuda company, Energy Fuels, was to invest all the capital and to own 70%
of shares. These  have since been
transferred to International Uranium Ltd, a company under the Denison Mines so
the Gurvansaikhan LLC has become Mongolia-Russia-USA invested company.


Mongolians started to show interest in uranium from 2000 and since then 129
exploration licenses have been granted to 18 foreign and domestic invested
economic entities. Russia retains a keen interest in the uranium field and we
wait to see what the shareholding will be in the proposed Russia-Mongolia
cooperation venture Dornod Uran.